Progreso, Yucatan is one of the most popular destinations cruising the Yucatan Peninsula of Mexico.

Things to do in Progreso 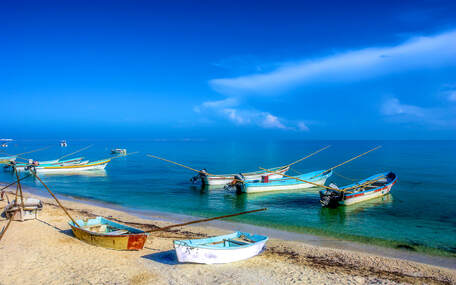 Progreso Beach
Water activities
Visit La Ria in Progreso, Yucatan, and enjoy mangroves that were formed within the last decade. There’s kayaks available for rent in the area, and these are perfect to explore the mangroves and the fauna that inhabits this place.

Beaches
Take a stroll through el Malecón in Progreso, which is right next to the beach. Stop by some of the eateries in the area, or just relax and enjoy the music, people, and the sound of the waves crashing the shore.

Archaeological Sites
The closest archaeological sites are located just a few miles away from Progreso. Dzibilchaltún, Yucatan, home to "El Templo de Las Siete Muñecas" (translates to “the seven-doll temple”), is one of them. During every equinox, the sun goes exactly through an opening at the top of this temple, which shows that the Mayan were really knowledgeable about astronomy. They call this site the “seven-doll temple” since archaeologists found 7 doll-like figurines buried under this site. The meaning of the dolls remains unclear. Another popular archaeological site around Progreso is Uxmal, also known as “the lost city.” Uxmal, Yucatan is home to the Pirámide del Adivino (translates to “the fortune teller pyramid”), a 35-meter tall pyramid with a unique oval-shaped base structure. Some tourists find this site even more impressive than Chichen-Itzá. Other iconic structures in Uxmal include The Gran Pirámide, Plaza de Las Monjas, Casa de las Tortugas, and its very own Juego de la Pelota. This city portrays what life was like in one of the principal Mayan cities.

Get to know Progreso 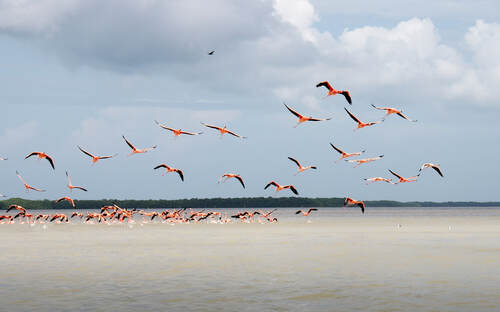 Flamingos in Progreso Beach
Location and Etymology
Progreso is located in the north of the Yucatan Peninsula, right in the State of Yucatan. This municipality occupies about 430 square kilómeters, and sits North of Mérida and West of Sisal. Progreso coast faces the Gulf of Mexico, which is key to the city’s economic development. The Port of Progreso welcomes visitors from hundreds of Yucatan Cruises annually, as well as commercial embarkations.

Cultural and Historical References
Progreso was founded in 1871 with the function of substituting the Port of Sisal. Progreso’s exponential growth propelled Yucatan State’s flourishing and more population moved to what then was considered a small town. In 1875, Progreso became a village and later that year it got classified as a city. There isn’t trace of the Mayan civilization in this area yet found. Other big historic accomplishments in Progreso took place in 1875 when the Palacio Municipal was built. Later in 1881, the railroad system was inaugurated in Progreso, and this boosted the economy and helped progreso get to the next level. Today, Progreso’s economy is mostly supported by the port activities, fishing, and tourism.

Flora and Fauna
Progreso’s flora consists of a mix of halophilic grassland, royal palm, pixoy, and pucte. Some areas in northern Progreso may seem like there’s not much vegetation. This port of call is also home to lots of bird species, some of the most prominent are quails, seagulls, and pelicans. There is a great diversity of fish and reptiles such as land turtles and lizards

Gastronomy
While in Progreso, you should try out fish soup, “mero en Tikin Xik,” and fried dogfish. Don’t forget to try Yuca (a regional fruit) with honey, Cocoyol, and “Dulce de Ciricote.” Some traditional beverages in the area include Xtabentun, Balché, and Horchata.